An Antwerp host house of 1892 lets burst its style neo-renaissance thanks to the dialogue which 7ème dimension establishes with a contrasted contemporary inside.

On one year of works and a dexterity of magicians resuscitate and amplify the luxurious charm of this bourgeois house Irène and Bruno Thiebauld begun to preserve the original architect of 500m² which are devolved to them by the owners of the place. They interpret aptly for what we expect from a decorator who has to register an old building in the modernity. They bring a big intimacy to rooms with high ceilings, bring it the light, the comfort of our century including the home automation, a magnificent internal swimming pool in basements and even a Florentine garden. Their postulate throughout this project was to introduce a mirror effect between times so that each of them shows himself in the other one in the beauty of its style.

From the entrance, we were seduced by the resurrection orchestrated by the duet of 7ème dimension who makes a success of a color marble majestic hall parchment and reveals with grace the sculptures of origin. The marble covers for the greater part the ground floor and offers itself under our feet as a light source reflected by ceilings about mouldings cleared. The challenge of the light was considerable in this house where the architecture of the series of linked rooms draws economically the natural light. This is the way every room receives voluntarily flexible embedded spotlights instead of a classic suspension, and wall lamps were shaped by 7ème Dimension. In the TV room, the wooden enlightened sculptures floated by lianas give a wink in columns “neo-renaissance”.

The resolutely warm atmosphere is passed on through rooms by the choice of a delicious monochromaticity, given rhythm by a friendly furniture underlined by wood of wengé darkened. It is the decoration that Family Room from the parquet of Versailles borrows where we feel that everything takes place around the Round Table of Luz Interior and chairs Venice drawn by 7ème Dimension. The same atmosphere around the table in half-egg of the TV lounge. This frank mark of contrast inspires to her alone the relaxation. The fascination of a successful intimacy is immediately tangible in the lounge. The very contemporary sofas in tweed begin smoothly around the big table-floozy of JNL in the satiny elegance. Designers’ Guild natural linen American blinds dress all the windows of facade and show the harmony of this decoration about which we shall hear still a lot … 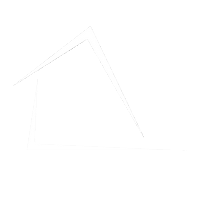 Our goal is to satisfy our clients throughout their renovation project and to provide a tailor-made service that is easily accessible.